Quitting, the only Option

A scorpion entered a carpentry shop, and as she slithered around, she tripped over a saw and received a minor cut.

“Ma’am, I’m relaxing after a long day of work. I apologize. Please proceed!”, the saw conveyed.

The scorpion was offended and enraged because she perceived the saw as undermining her personal ego(venomous tail). She liked the idea of vengeance and planned to teach the saw a lesson.

She used her tail to sting one of the saw teeth while doing so, she severely injured herself. 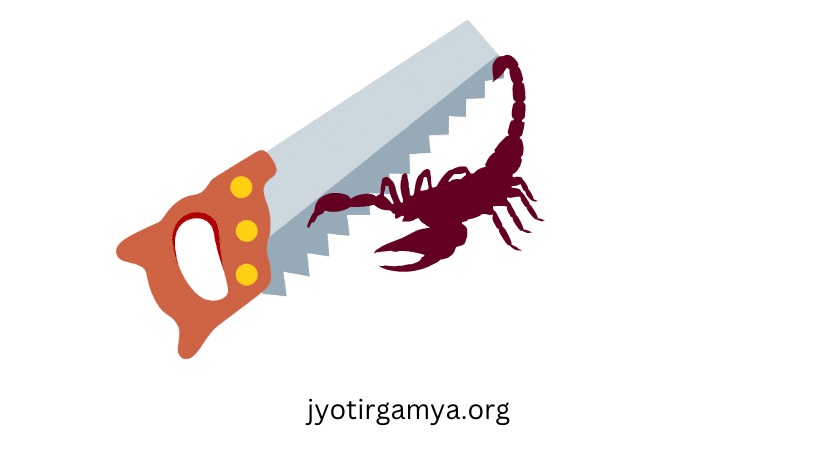 The saw once again requested the scorpion to move aside and go about her business.

But the scorpion always saw herself as the best and unique from others. The statements from the saw were making her feel mediocre and basic.

She always felt she should get her way, but her plans were thwarted. This infuriated the scorpion. As a result, the scorpion decided to sting the rest teeth.

The other instruments were silent spectators to the scorpion’s act.

When the carpenter entered his workshop the following morning, he was surprised to find a dead scorpion.

There is a strong message here.

In our haste to get revenge, we may inadvertently inflict even more suffering on ourselves.

The negative energy we carry around when we hold on to resentments only causes us to suffer, never the person we want to suffer.

Fighting back will not lead to victory.

It is always better to let go of negative feelings toward others and instead focus on creating the best life we can for ourselves.

Few things are never meant to be. The more one tries, the more mockery one attracts.

How should one go about it? Let us hear Mark Bale. 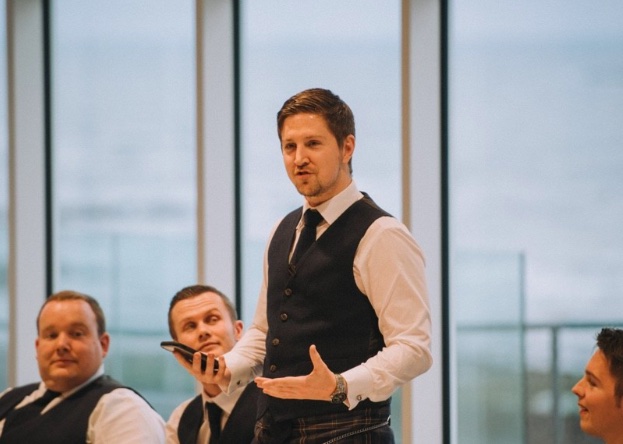 Anger? A clear word, recognizable to 99% of the human population. However, anger is one of the most misunderstood emotions in society today.

More often than not, anger is a surface-level emotion representing something a bit more complex. For example, when we become angry we could actually be feeling embarrassed/insecure and offended all at the same time, but what people see on the surface is ‘anger’.

We can become very angry when our ego has in some way been damaged or attacked. Therefore if you are the one experiencing a lot of anger, I would urge you to ask yourself “what button is this person/situation triggering within me?”. If the angry individual (in real-time) can even get to this stage of questioning then they are demonstrating a level of emotional self-regulation 99% of the population are missing (myself included).

What about the person exposed to the anger?

I would always urge individuals to not judge someone angry immediately and take it for face value. Try putting yourselves in their shoes as much as you can, before making your final assessment of that individual.

If you imagine the onion scenario, pulling back more layers of a surface-level emotion will allow you to understand the root cause of the anger (just like an onion there may be tears). However, once this is established, a much more constructive resolution can be reached to move beyond anger.

Why would you put all your effort into the above? (especially when you are not the aggressor or experiencing anger per se).

Repeating the above actions when you are both experiencing anger and also exposed to anger, will help you be less affected by this powerful emotion in the future. Ultimately this will allow you to emotionally regulate yourself better, instilling a new level of contentment.

I cautioned using the word ‘happy’ above as I do not feel that reacting less will automatically equal happiness. On the other hand, individuals who are stuck internally running over past events in their life that made them angry will continue to feel higher frequencies of sadness in their present-day lives.

Moving on from anger is crucial to avoiding monsters being created internally that can eat you alive.

No silly! I am talking about another emotion called resentment. Feeling resentful towards either people or the world as a whole can have dire consequences for everyone involved. A resentful individual can go to extreme measures to “right a wrong”.

Think of a mass school shooting where the narrative in the media was “this teenager was exposed to violence through video games”.

If I was a betting man, I would bet that someone who put the time and effort to orchestrate a mass school shooting was more than just “angry” or repeating acts of extreme violence. I would bet they were extremely resentful of the world, felt lonely and now they were going to “right a wrong”.

Anger management is one of the most common problems in today’s society, with the fewest number of successful treatment modalities. If you can evidence you own an anger management program that has been studied within the academic literature to successfully do just that, there will be no shortage of demand for this.

Anger is often associated with negative connotations and rightly so. If you are always angry, no one will want to be around you. If you have a reputation for angry outbursts for no apparent reason, will you be getting invited to the party? What about individuals carrying trauma from exposure to anger in different stages of their life? Makes sense why people wouldn’t be excited to be around you…

Well, what can be done about this?

First of all, ask yourself Is this thing that I am angry about within my control? If it is not, then focus on the things you can control or you will be stuck trying to fix the world, rather than yourself.

Secondly, there are only so many things in the world you can care about. Anger can be extremely draining while excess amounts of adrenalin try and find a home within your body. So, make no mistake, frequent periods of emotional instability can have dire physical outcomes as well as mental outcomes.

Thirdly, ask yourself what will be achieved if you get to experience my angry outburst? It might feel good or like a weight has been lifted off your shoulders… However, one moment of enjoyable anger can set up a lifetime of awkwardness (pay particular attention to this in the work setting). Your employer has less motivation to accept your angry outburst than say family/friends or your partner.

I know you are reading this thinking ok so anger is just misunderstood and if we all just have greater empathy in all components of our life everything would be great? Wrong. There is a time and a place for anger.

What if someone nearly killed your child because instead of focusing on the road, they were scrolling through social media on their phone? A pretty legitimate reason to display anger?

What if someone is knowingly causing you harm?

I will leave you with two quotes I hope you will understand after reading this.

If you think someone would benefit from the article, please do share it with them.