The Challenge of Anger Management

Sobha knew not a single soul - neither personal nor professional companionship. If any, it was for lip service. She ran into financial trouble with all of her tiny businesses. The circle of her friends would cut her out, leaving her unaware of the whereabouts.

Instead of capitalizing, Sobha would lose out on many opportunities since nobody wanted the hassle of dealing with her, so they would shut their mouth and walk away.

Hypertension, obesity, and cardiac issues were prevalent, but her thin skin was more prominent - the ounce of arsenic in her life.

Her growl sounded like an animal shrieking, entrapped in a dark abyss; at other times, she would be angrier than a wild boar in a stampede.

She would pick herself up, get frustrated, and throw dumbbells at the mirror in her glorious moment of relief, which would always be short-lived.

Like-minded people become Sobha’s pals, and they introduce murkier shades of life to her.

All because she was too kind to forgive people and instead held grudges.

Many people struggle with ego and anger, but there are ways to overcome it. Numerous courses and books aid in management and control. In addition, various anger management resources and practices are accessible for mental health.

In this article, Mitch Davidowitz talks about the challenges relating to anger management.

Mr. Davidowitz has over 40 years of experience specializing in grief counseling. In addition, he has worked with issues of depression, anxiety, and relational conflict. He utilizes many treatment modalities, including family systems, cognitive behavioral, mindfulness, and gestalt therapy.

Mr. Davidowitz is based out of Arlington, Massachusetts and his other interest includes photography which he has been pursuing for over 25 years. 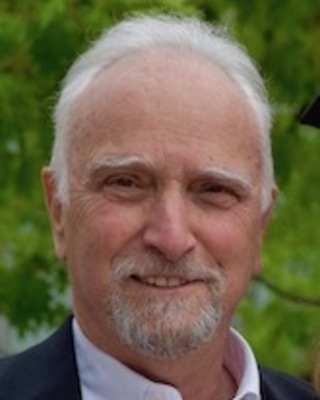 All of us get angry or annoyed at times in our life. Usually, it arises quickly and passes. However, there are many whose anger carries them away like a rushing river. For example, we often hear about road rage in which a driver may get out of their car so angry that they threaten or strike another driver. In addition, such individuals find themselves out of control with their anger at work and home.

Domestic violence or child abuse is a clear example. The epidemic of mass shootings in the United States reflects the catastrophic dangers of anger, which is out of control. We must encourage those near us to seek professional help to manage such explosive rage. It is a mental health impairment called “Explosive Personality Disorder.” The title is quite descriptive.

While most of us are not dealing with such tidal waves of emotion, we often engage in profoundly corrosive expressions of anger. One of the variables that fuel our anger is our righteousness. We feel entitled to our offense as we may have been slighted or hurt in some way. We justify our venting as we believe we have been wronged.

Over the last four decades as a psychotherapist, I have seen many couples destroy their relationship with righteous anger. Each one believes that they have been victimized by the other. Such couples should indeed seek professional help. But unfortunately, people need to address this matter more quickly.

The primary task of anger management is to de-escalate. For example, if we were driving and saw smoke starting to come out from the hood, we would pull over immediately and get out of the car. We wouldn’t keep moving until flames burst into the car. The same is true for our anger. We must be mindful when we start to get angry.

If we believe we may get out of control, we need to stop the conversation and say, “I cannot continue to talk at this time but will return when I have calmed down.” We must leave the room, office, car, or home while we cool down and restore our stability. We will need help from a trained counselor or coach in developing communications that convey our hurt or annoyance in direct non-destructive ways.

Another way to work with these emotions is to be mindful of the piling up of resentment. Unfortunately, we allow this emotion to accumulate without expressing it. After some time, we boil over, and it all comes out. We know how to wash the dishes nightly. We must also clean out any issue which begins to turn into resentment. It is easier to express anger than the hurt that lives underneath it. Our challenge is to describe the damage directly to diffuse the conflict.

One of the more powerful ways to calm ourselves is to bring our attention to our breath. Allowing attention to rest on the abdomen, we either count each breath up until ten or notice the rise and fall of the stomach. Observe the movement that goes with breathing without trying to control the breathing.

Anger is a potent force that can be enormously destructive. We must practice stepping on the breaks so that we learn that we can contain our anger. Combining de-escalation, containment, removing ourselves, and skillful communication can shift our habitual patterns or reactivity. If anyone tells us we have an anger problem, we should take that to heart and seek professional help. These are a few of the tools in the anger management toolbox.

That’s all in this edition.

If you liked reading the article, do share it with folks who would benefit from it.